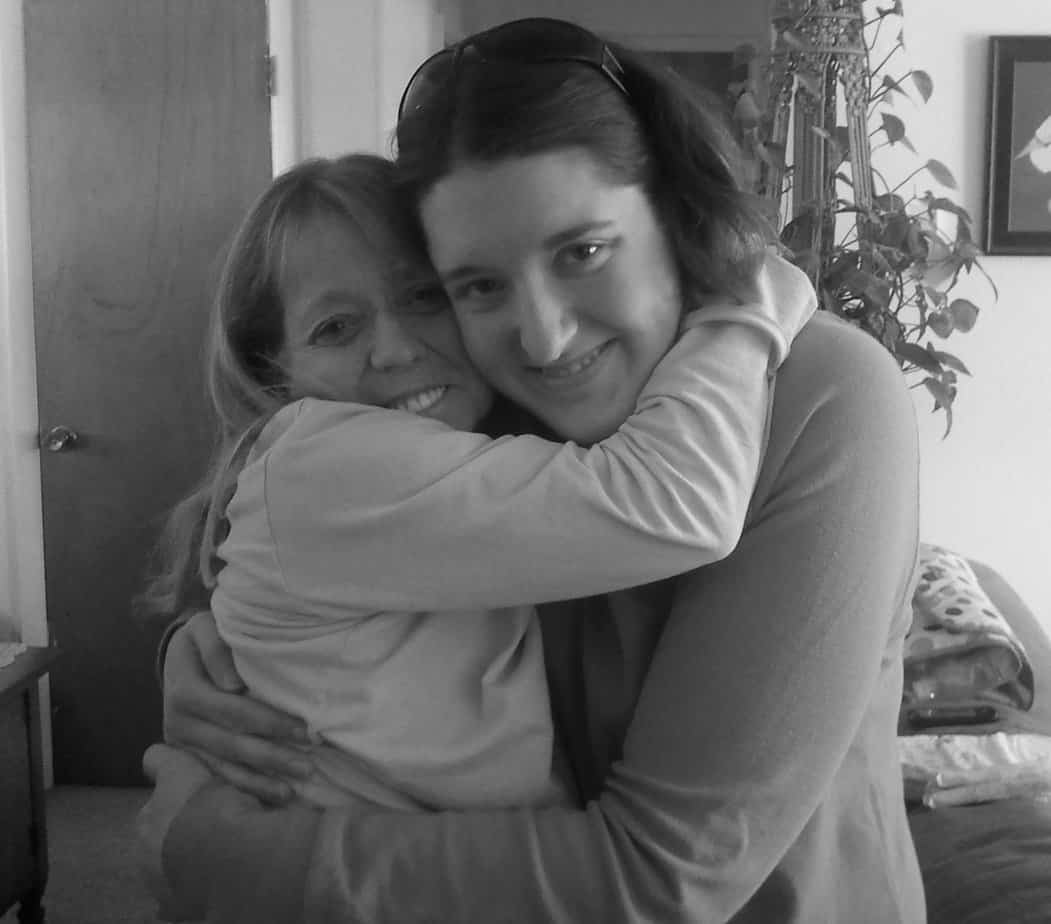 A big hug is exactly what a person needs most days.

This picture is of me hugging Trudy… Trudy is the incredible woman that this blog post is going to be all about. I am writing this post because I want her to know just how much she means to me.

Trudy is my best friend’s mom. This is how I have described her to a million people over the years. I’ve never felt like that title explained exactly who Trudy really was to me. Everyone has a best friend, most of them have moms. Very few people have a Trudy. I met my best friend and her mom when I was 2 and Johna, my best friend was 4. We met at a shelter for abused women and children, we were not there as volunteers. After moving out of the shelter we all lived together. Johna and Trudy have been in my life ever since. Johna is my “sister”, I think even a blind man could figure out quickly that we don’t share any of the same genetics. 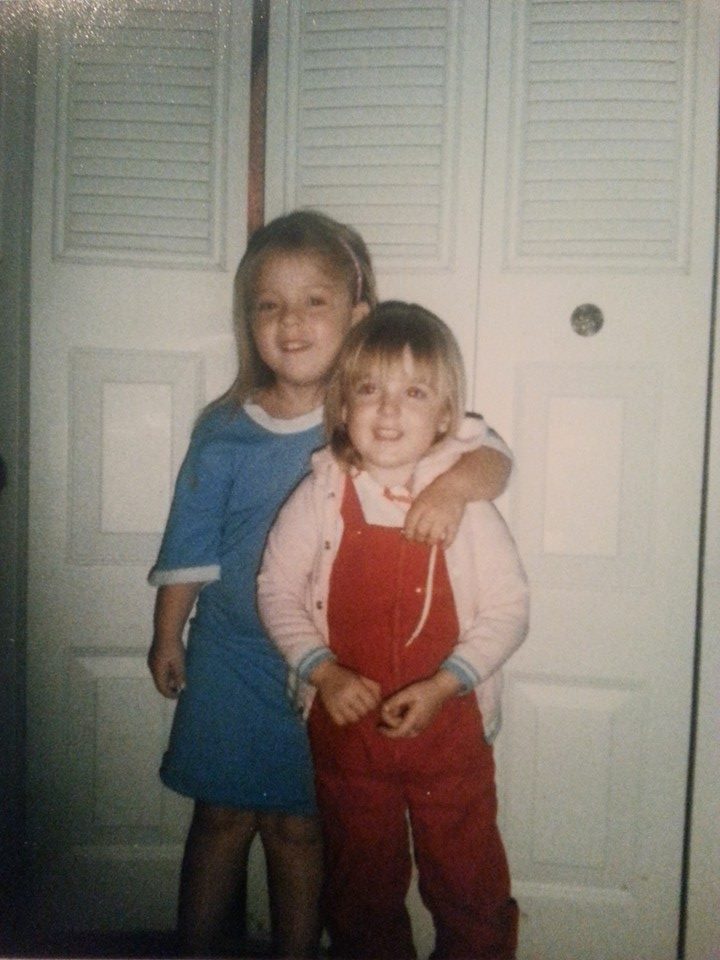 Possibly the last time Johna was taller than me.

So if Johna is my sister, Trudy is my mom. As a mom she has been fantastic. Always there to listen, support and be a friend to me. Johna and I would often have squabbles over barbies and such. Trudy would be there to help us patch things up. Johna and I have often joked that Trudy should have been my real mom, we have so much in common. A deep love for animals, plants and a sucker for a sad story. Trudy also has a laugh that you just can’t forget. It’s not so much a laugh as it is a chuckle. I hear it in my head every time I think about her. Twenty something years ago Trudy was diagnosed with Non-Hodgkins Lymphoma. I remember being confused and scared that she wouldn’t make it, it was my first personal experience with cancer. Trudy beat it and taught me that cancer can have it’s ass kicked. After that, the word cancer just wasn’t as scary to me.  As we grew up Johna and I went down very different paths. We embodied the saying that best friends can go for long stretches without talking, pick up the phone and never miss a beat. Johna moved to Idaho and started her own family, eventually Trudy followed her out there.

This last January my Grandmother was diagnosed with pancreatic cancer. On the same day Johna called me to tell me that Trudy had also been diagnosed with cancer again. I fell apart. Each woman was handed the worst sentence possible. Johna and I burned up our phones texting each other back and forth. After a ton of scans and tests it was decided that Trudy had lung cancer. Oat Cell Carcinoma to be exact. I found a cheap flight and flew out there to visit. We surprised her, and the hug she gave me was one of the best I have ever had. The photo above is from that trip in March. Despite the prognosis Trudy chose to take chemo, they called it Palliative Treatment. Not meant to save her life but they thought it would give her some more time. I went out to Idaho again in May when Johna had to have emergency surgery after a botched wisdom tooth extraction. Trudy was done with her first course of chemo and was looking and feeling so much better. While I was there I took her for a follow up scan. When I got home Johna called me to say that her scans came back with a remarkable improvement, almost all of her many, many tumors were gone. This is the closest thing to a true Miracle I had ever known. I was at my office when I got the news and again cried my eyes out, this time in happiness. The doctors warned us that the cancer wasn’t gone and that it would come back.

Last month Trudy started having some pain in her hip. You know how the rest of this story goes. Hospice has now been called in and I booked another flight to Idaho. This time I am bringing my husband, I want him to see the mountains, get a chance to get to know Trudy and be there for me in case I can’t hold it together on my own. We leave on Friday.

So I am writing this post because I want to Trudy to know how much she means to me. Before my Grandma passed I wrote a letter to her but I never gave it to her to read. I was afraid that if I gave her the letter she would think that I had given up on her. I was afraid if I gave her the letter I had given up on her. I wish I would have given her the letter. I don’t want Trudy to meet God without knowing how she touched us here on earth. I also want her to know that this isn’t me giving up on her, it’s me telling her how much I love her and my attempt at saying thank you for being exactly what I needed in my life. 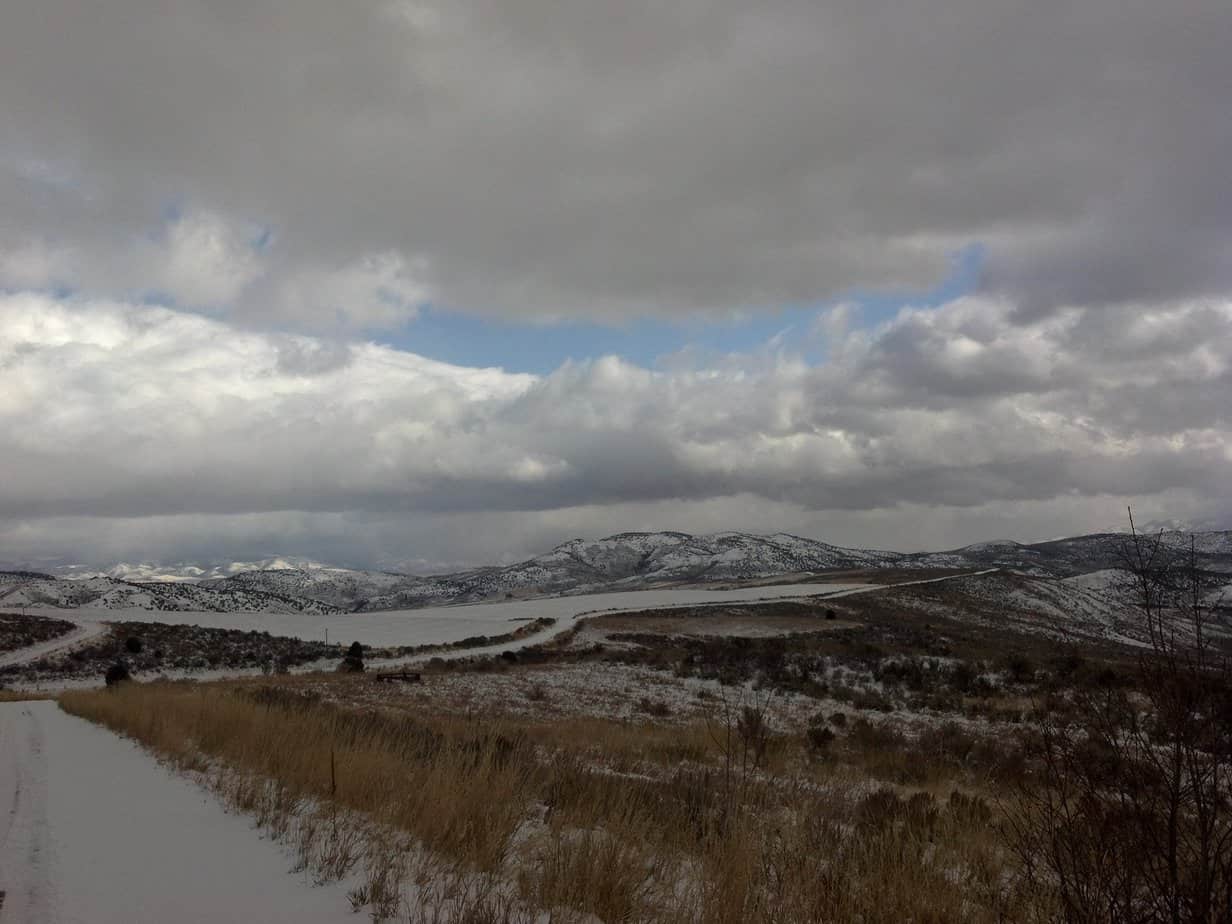 Trudy passed away on November 15th, 2011. She is missed everyday.

Previous Post: « Gin Doesn’t Mean The Same Thing In Oklahoma As It Does Wisconsin…
Next Post: Cows Get Report Cards? »