If I make less sense that usual I apologize. I am fighting a head cold. I hope you have read the first and the second post in this series. I have obviously spent way to much time thinking about schools. Last night I had a dream that left me quite upset at the lack of grizzly bear attack preparedness in our country’s elementary schools. Duh people, it’s not rocket science, just shoot the bear already! But seriously, there are a few points I haven’t covered yet about the school lunch debate… Fat kids, the politics involved in all of this and why the hell I care about any of this.

So let’s talk about the obesity epidemic in our kids. Healthier kids is something I think we can support. Kids shouldn’t be on prescription drugs to treat type 2 diabetes. It’s one thing to hear Wilford Brimley talking about “diabeetus”, I don’t want to hear Beiber pitching blood sugar monitors. 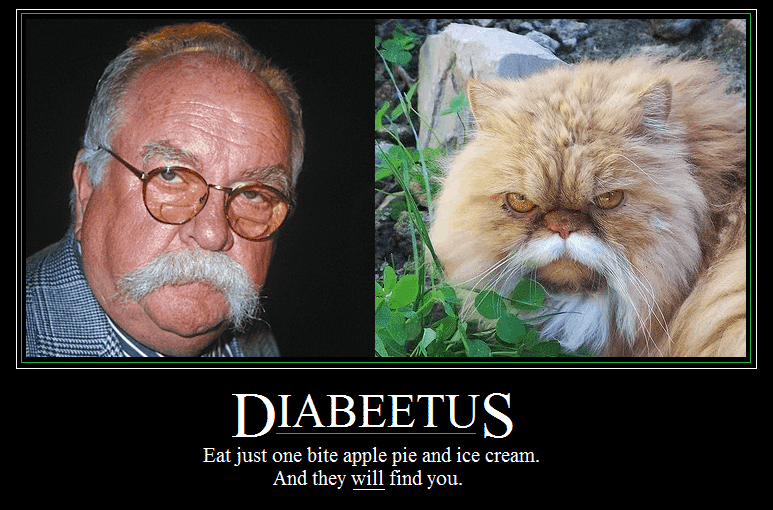 So are the new guidelines really doing anything to help those kids? Of course they are! But to be honest this quote from a friend of a friend on facebook who happens to run a school kitchen pretty well sums up my thoughts.

“I am slightly honked off by this whole thing. The last several years I have been blamed by parents, media, Hollywood starlets that wouldnt know a P.S. if they crashed into it with their Jag for being the root of obesity in America….so in steps the government (even more then they were before) and makes changes that restrict choices even more and now that isn’t ok either….So basically I am supposed to feed kids stuff that will fix obesity but has to taste like fluffy chocolate cause heaven forbid someone doesnt like something….if that item existed I wouldn’t be a lunch lady I would be a billionaire for revolutionizing diet food. Also maybe, just MAYBE, if when I put out starfruit/kiwi/chickpeas the kid would try it if the kid sitting next to him didnt have a home lunch that involves a slice of cold pizze a pudding cup and koolaid.”

What’s a lunch lady to do? That’s the thing, school lunch is supposed to cover the kindergartners, the senior football stars, the poor kids, the fat kids, the food allergy kids and it’s all supposed to be done in a cost effective manor. Let’s not forget that it’s run by our government. How can this plan not fail?

The first lady, Michelle Obama has taken the obesity and food cause under her wing as her pet project and despite your politics you have to admire that she cares. But her plan in practice just isn’t working. To be honest if we are going to overhaul the school lunch system to get our nation’s kids back to healthy weights what’s been done now is a half step at best. But maybe our school lunches shouldn’t be about making fat kids into skinny kids. Our lunches should be about making sure that all the kids, regardless of weight have a filling and nutritious meal that they can count on each day. Teach about proper nutrition, offer lots of fruits, vegetables and lean meats but feed the dang kids!

So why do I care about this anyways? Well first of all I help produce the food that goes on the cafeteria tray. My cow’s milk goes into that whole milk that is no longer allowed and into the 1/2 a slice of cheese on that turkey sandwich. So I am not going to say that I don’t have a stake in this argument. But the real reason I spent the time look at all of this information is because I care about kids going without food. A kid who is hungry is a kid who isn’t learning. And a kid that’s not learning isn’t going to go far in life. That’s something we should all care about.

Previous Post: « So what are the kids eating? Part 2
Next Post: A trip to World Dairy Expo in pictures… »