Last week when I was writing my post about spraying our crops for weeds with a helicopter, my friend Carolyn was sharing how she and her husband Jonathan, take care of weeds on their organic crops. I’ve never seen this method in person but I thought it was pretty cool so I asked her to write a guest blog for me.

Jonathan grew up in the house that he and Carolyn moved to in 1998. Carolyn grew up in the suburbs of Minneapolis, but happily became a farm wife on August 20, 1988. They have three daughters, ages 22, 21, and 19.  They celebrated their farm’s 100th Anniversary in June.

Jonathan and Carolyn have grown their farm to 1100 acres of cropland. They also conventionally finish 7000 pigs a year for a neighbor.  Jonathan is active in their church, is a past Soil and Water Supervisor, and a past winner of the Minnesota Farm Bureau’s Achievement Award.  Carolyn is also active in their church, is the current president of their county Farm Bureau, and sits on the University of Minnesota’s Tools for Transition Advisory Task Force, and the Minnesota Department of Agriculture Organic Advisory Task Force.

Flame Weeding? What the Heck is That?

When we first decided to transition into organic farming in 1998, weed control was our biggest worry. It still is. We have tried many methods of weed control over the past 15 years, and have settled on a system that works pretty well for us. Like everyone else, though, Mother Nature can wreck your best laid plans in a hurry!

Like many of our neighbors, we are row crop farmers. We grow corn, soybeans, and small grain.  We have roughly split our fields so each crop is 1/3 of our acres. This spreads out the work load, and creates a good crop rotation to stop pests like corn rootworm. The 3 year rotation also means each year we are doing different types of weed control on each field in a rotation as well.

We hire a crew from Texas to come and walk our fields in the summer. They have jobs in Texas in the winter, because they don’t really like Minnesota winters. They come here in the summer to work in the fields, because they don’t really like Texas summers. The main family that comes up has been working for us for about 8 years.  We converted a shed on our other farm site into an apartment for them after a former landlord treated them very badly. We wanted to make it nice and easy for them each summer to find housing close by.

The crew will walk the small grain fields first, usually about the time the grain is forming heads (heading out). They hoe thistles and will pull some weeds that they carry out in bags, so the grain will be clean enough to pass inspection for seed production.

The soybean fields get walked as well. There, they will use a heavy duty garden hoe to cut the weeds off at or just below the ground. The idea is to prevent the weeds from going to seed. Some years, the weeds may get ahead of us due to weather, and the fields will look ugly. We don’t like that anymore than the neighbors who tease us about it. The soybeans are also raised for seed, so the fields need to be as clean as possible.

We do not grow corn for seed, but we still want the fields to be as weed free as we can get them. To accomplish this task, we harrow, rotary hoe, cultivate, and flame weed. What the heck is flame weeding? It is the most wrong thing, and most cool thing we do on our farm. The wrong: pulling a large LP tank behind 36 burners. The cool: playing with fire!

The first thing we need to do is call the Co-op to come and fill our LP tank. Rich arrives and unwinds the hose and nozzle, hooks it up to the tank, and transfers the LP. Jonathan and Rich will chat about whatever during the 10 minutes it takes to fill. 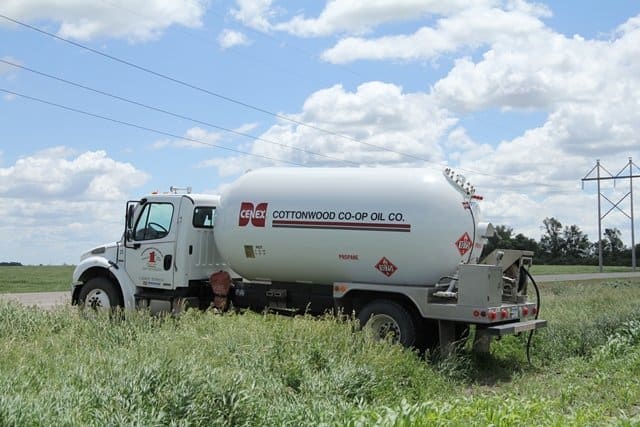 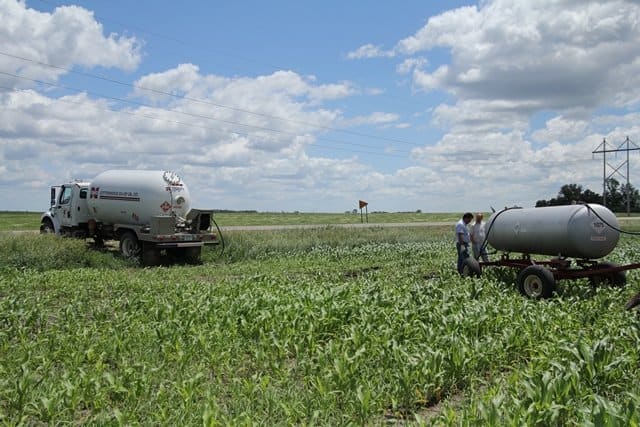 Jonathan uses a torch to light each burner’s pilot light, and then jumps in the tractor to get going as soon as he can. Even when the burners are flaming a little, they are putting out enough heat to do a little damage. 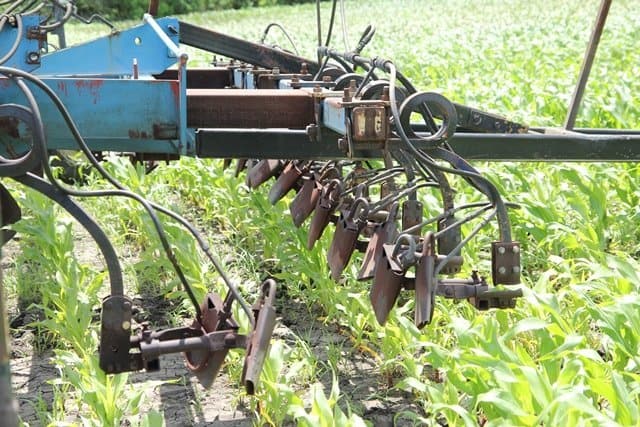 When the burners are going full force, they put out quite a bit of heat. In this photo, you can see the heat waves behind the tractor. 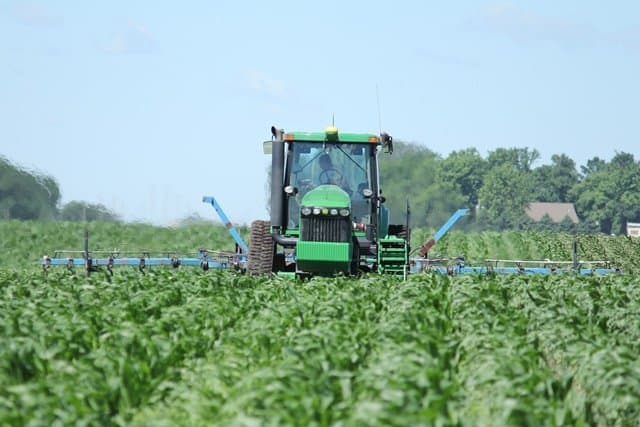 Jonathan goes between 2.0 and 3.5 miles per hour, depending on how many weeds are in an area.  He also uses GPS technology so we can stay in the same wheel tracks for everything we do in a field. The AutoSteer is really nice when you are trying to watch what’s going on behind you! 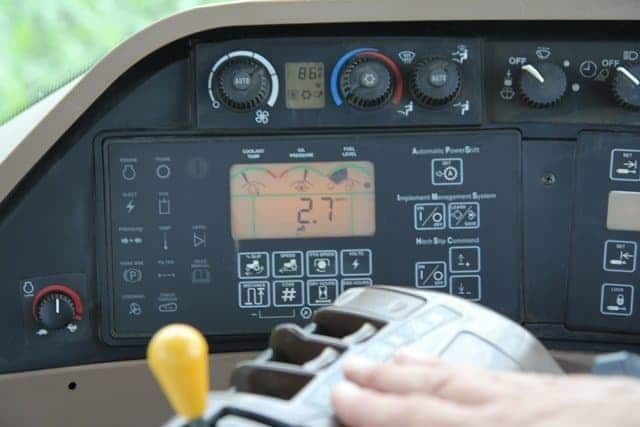 The next three photos show what it looks like from inside the tractor cab. Each burner is pointed towards the base of a row of corn. The whole point of flame weeding is to clean up the weeds in the row where the cultivator cannot go.  If there are too many weeds or grasses in the row, they compete with the corn for nitrogen and moisture. 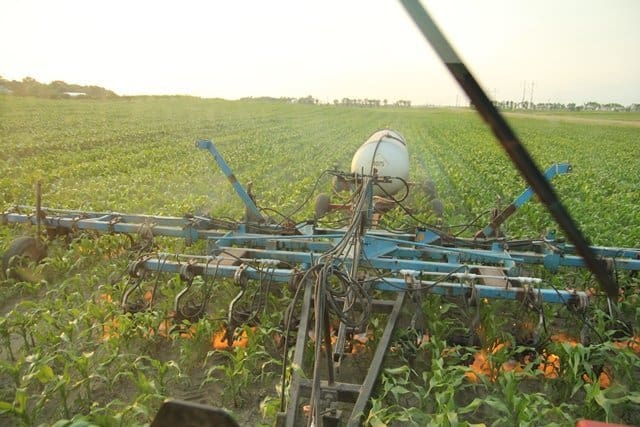 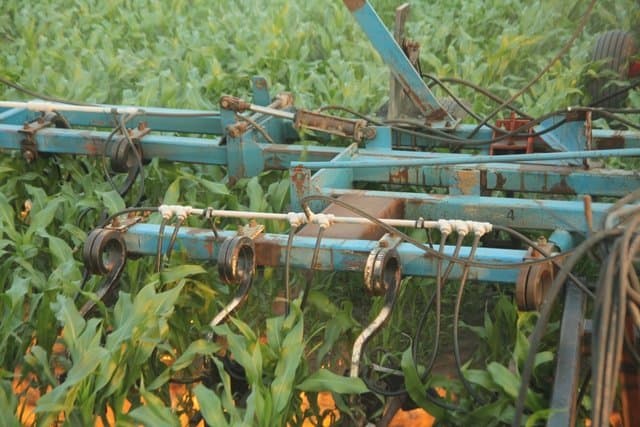 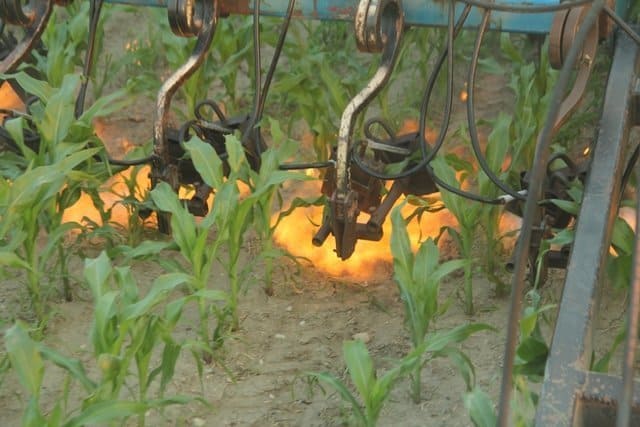 After the flame weeder has gone through the corn, you can check to see if the burners are doing their job by squeezing the leaf of a plant between your thumb and forefinger. If you can leave a mark, that means the water cells have burst, and that leaf will die. 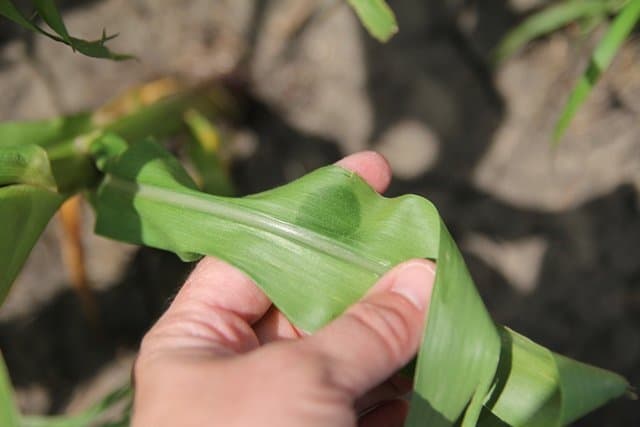 The corn fields look pretty ugly after they have been flamed. It smells like a corn roast when you drive by. 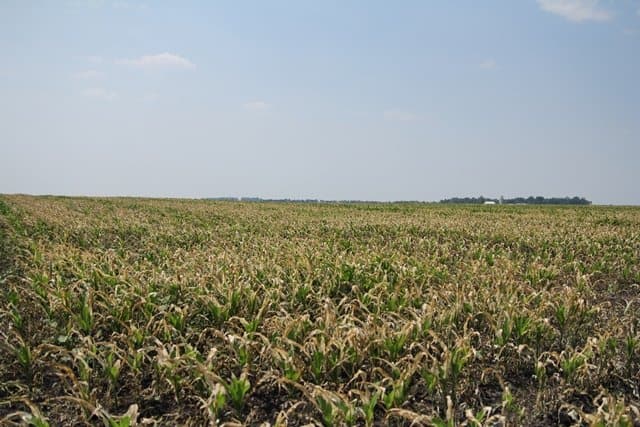 The weeds should be toasted or wilted like they are here. 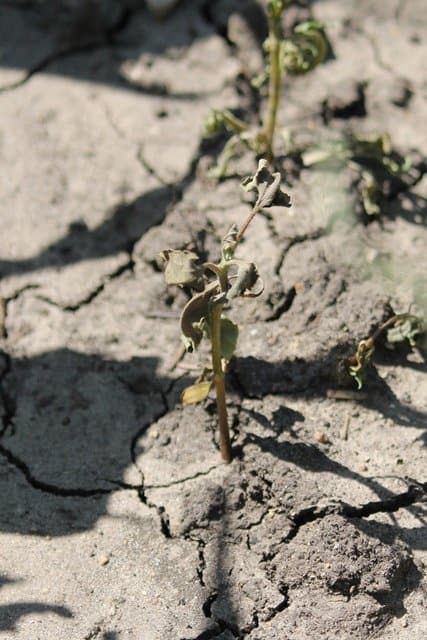 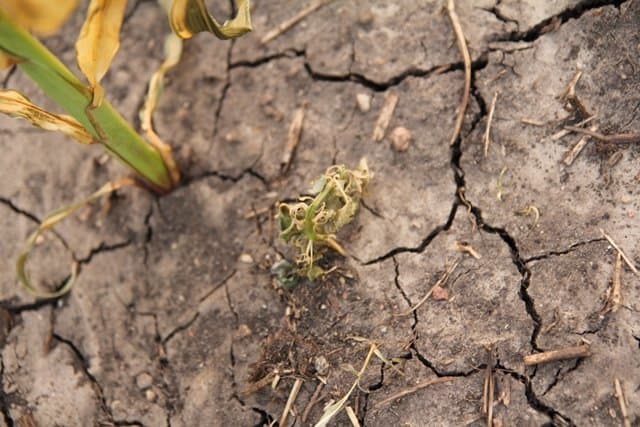 Unlike the broadleaf weeds, the corn’s growing point is protected in the center of the plant.  The cool thing is, in about 7-10 days, you won’t know the corn leaves were burned off. The corn will continue to grow where it left off. 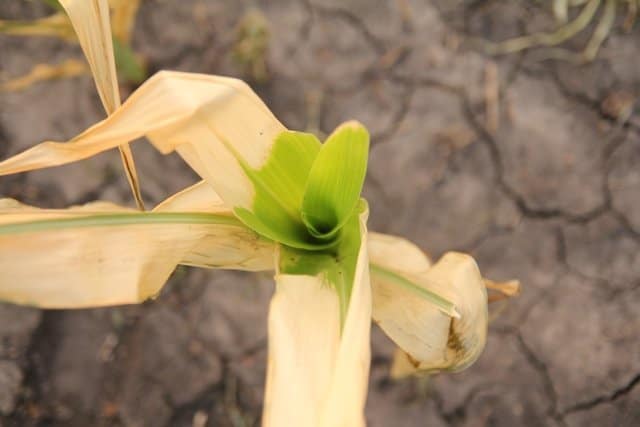 Every farmer out there needs to make a decision on how they want to manage their farm.  Becoming certified organic farmers is what worked for us, and we really like farming this way. Remember, not all methods of farming are for everyone. Please consult your Farm Business Management Instructor to see what method of farming is right for you. Please farm responsibly.

Check out Carolyn’s super cool video of the weed burner in action HERE on her blog.