Top
You are here: Home / The Facts / All About Cows / Pain you can’t even imagine. 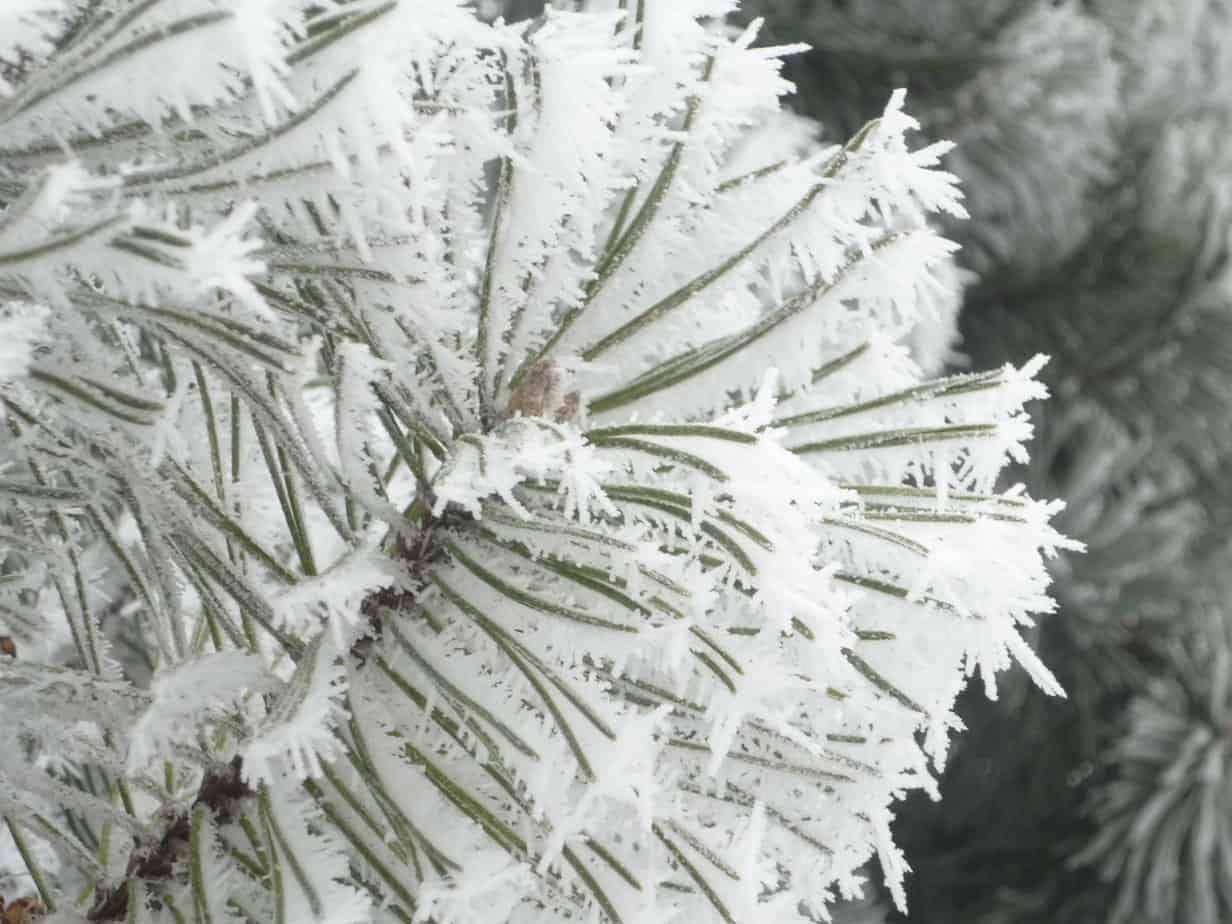 If you aren’t in the ag world, you most likely haven’t heard about the devastating loss that ranchers in western South Dakota are struggling with after being hit by winter storm Atlas.

For some reason the news stations aren’t covering this story. I don’t understand why they wouldn’t. This story has heartbreak, tragedy and even a convenient tie into the current government shutdown. Isn’t that what the news is all about these days?

But the news isn’t covering this story. Instead the story is spreading around on social media, Bloggers are writing from their ranches in South Dakota. Bloggers are trying to explain how the horrible happened. And now I am going to join them to tell you the part of the story that I know and I am going to ask you to help these people, because if you are here reading this blog I know you give a crap about these people.

Last weekend western South Dakota and parts of the surrounding states got their butts handed to them by Mother Nature. A blizzard isn’t unusual in South Dakota, the cattle are tough they can handle some snow. They have for hundreds of years.

Unlike on our dairy farm, beef cattle don’t live in climate controlled barns. Beef cows and calves spend the majority of their lives out on pasture. They graze the grass in the spring, summer and fall and eat baled hay in the winter.

In winter these cows and calves grow fuzzy jackets that keep them warm and protect them from the snow and cold.

The cows and calves live in special pastures in the winter. These pastures are smaller and closer to the ranch, they have windbreaks for the cows to hide behind. They have worked for cows for hundred of years.

So what’s the big deal about this blizzard?

It’s not really winter yet.

The cows don’t have their warm jackets on. The cows are still out eating grass in the big pastures. Atlas wasn’t just a snowstorm. Atlas was the kind of storm that can destroy the ranchers that have been caring for these cattle for hundreds of years.

Last weekend Atlas hit. It started with rain. The rain soaked the cows and chilled them to the bone. Inches and inches of rain fell. The rain made horrible mud. Then the winds started. 80mph winds, hurricane force. When the wind started the rain changed to snow. A lot of snow.

The cows were wet, they were muddy and they didn’t have their winter jackets when the wind and snow came. Wet snow. Heavy snow.

The snow came down so heavy and so fast the the low spots that the cattle were laying in filled with snow. Not a few inches of snow, not a foot of snow.

Enough snow that the cows and their calves were covered in snow.

The cows and calves suffocated or froze to death.

The caretakers of these cattle had no power to save them, they had to stand by and take the lashings from Mother Nature. They had no options. When it was all over, they went out to discover what they had left. 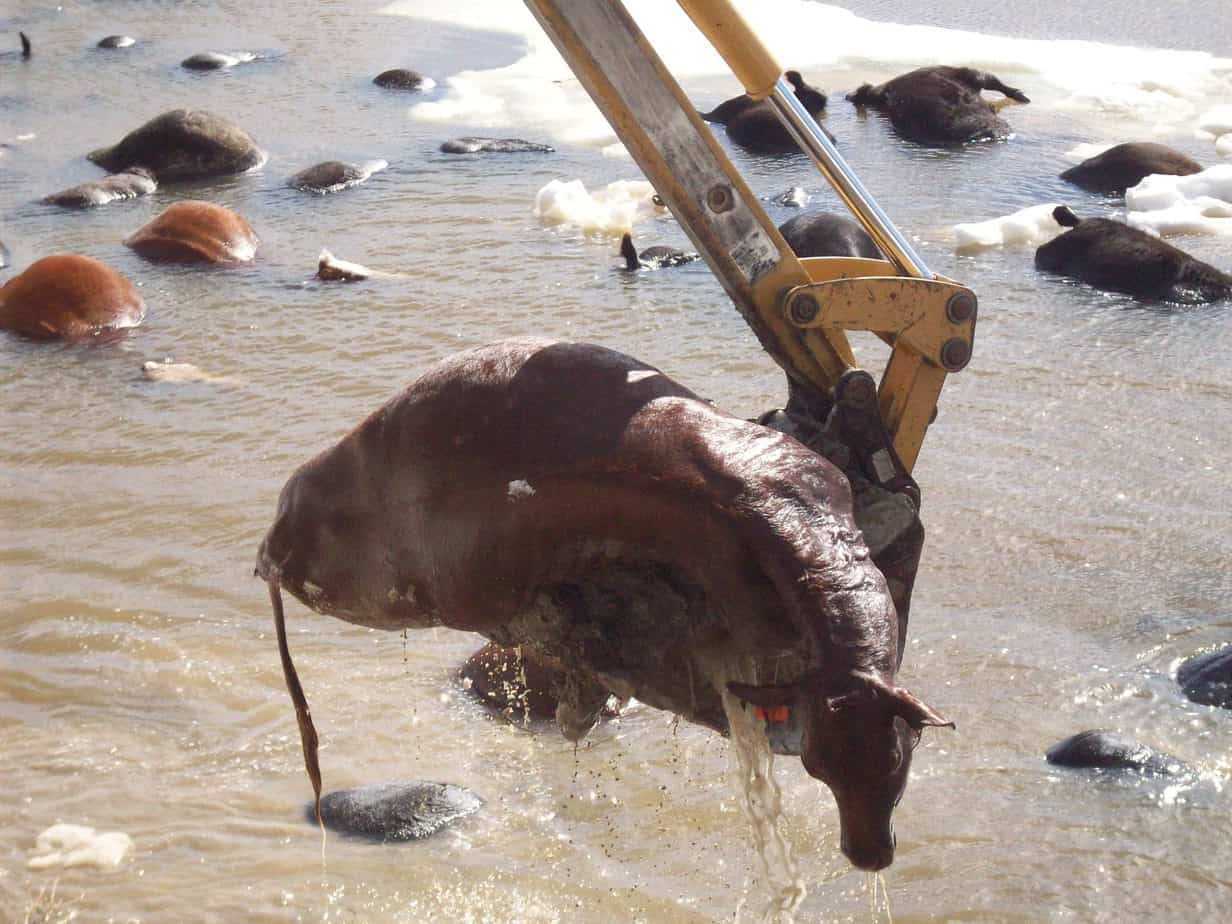 The aftermath of Atlas. Photo by Lacey Weiss

Can you even imagine what that would feel like? Standing with your hands tied as your life’s living, breathing and mooing work is destroyed. I can’t imagine, I don’t know how I would recover from a loss like that.

In the fall a cattle rancher sells their calves to someone who specializes in raising them for market, it’s how a ranch generates income. Calves are the lifeblood of a cattle ranch. Most ranchers had not yet sold their calves when Atlas hit. Their calves are gone. The cows that made those calves were pregnant with with next year’s calves.

Those cows are gone, those calves are gone.

Meanwhile in Washington DC, the shutdown has doubly screwed the ranchers. The people that are supposed to try to help these people are unable to do their jobs. The farm bill is held up again. No one knows when, how or if help is going to come.

When a flood comes and your corn is flooded out you have some options. Insurance for cattle is expensive and it comes with hundreds of loopholes that make the gamble of farming without it the most practical choice for many.

There is no way around it, this storm has put some ranchers out of business. Time will tell just how many.

The AgChat Foundation has partnered with several organizations to create a grassroots effort to help the people who have lost so much. To read more about their efforts or to make a donation please click HERE.

You don’t have to give money if you can’t. You can help in other ways. Share this post with your friends, send up a prayer or just keep these people in your hearts and minds as they continue into a new chapter of their lives.

Thank you from the bottom of my heart for anything you are able to give.