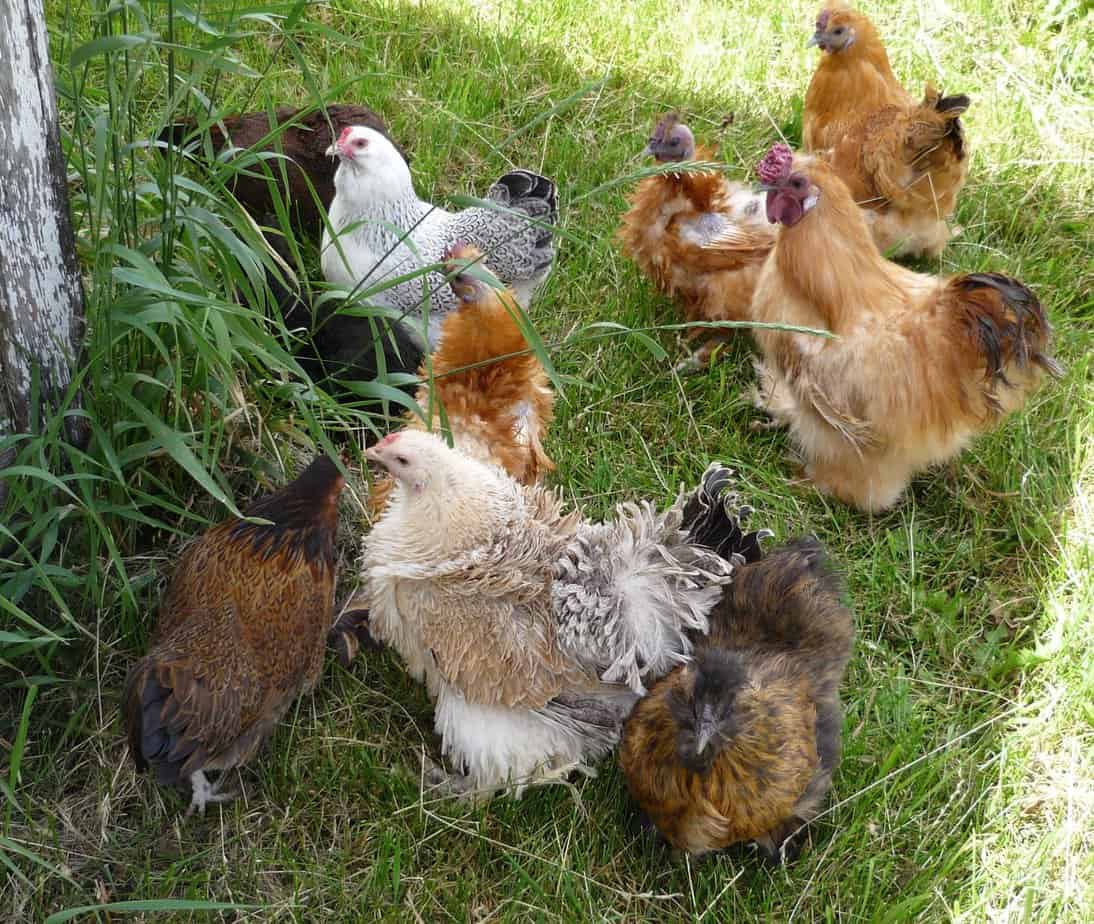 Truth be told there are very few foods that I feel are worth the extra bother of raising yourself or buying directly from the farm. I’ve raised my own veggies, pigs, chickens and cows and I don’t think there is much taste difference between the food I grew myself and the stuff at the store. Not knocking the totally self sustainable thing, I just have to weigh time vs convenience. Dairy farming takes up a lot of my time, so I can’t spend hours each day tending to extra animal chores or pulling weeds every day from massive garden plots. I do make exceptions to this thought train for a few homegrown items. First, fresh tomatoes should never come from the grocery store, especially out of season.  The second exception is chicken eggs. I never knew what I was missing from a life lived on store bought eggs until I had my own chickens. There is no comparing the white shelled and pale yellow yolked chicken egg from the store to the vibrant yellow to orange yolk of a chicken egg you just grabbed out of the coop. Not slamming egg farmers, not everyone can have or wants to have their own chickens, that’s for sure. With the longer days my chickens have kicked egg production into high gear and I have a lot of eggs to use up.

So let me start off by saying that I have always called this recipe egg strata. It wasn’t until just now when I googled the term “egg strata recipe” to find out how the “experts” tell you to make this that I found out that really my recipe isn’t an egg strata at all. It doesn’t have layers, apparently, stratas are supposed to have layers. So after some more googling I guess what I made is a crustless egg quiche. Whatever you want to call it, it’s tasty, easy and a great way to use up leftovers. The internet also says this is a low carb option, so that’s cool I guess.

Ingredients for a Crustless Quiche. (These are only suggestions)

So, this is what I had on hand to throw in to the recipe this morning. Tomatoes, mushrooms, frozen spinach, olives and ham. You really can use whatever ingredients you want to use. Get creative.

In a large nonstick, ovenproof  skillet (a cast iron skillet works great!) assemble your vegetable and meat ingredients. If you have garlic, you should add some to the pan. You can use whatever you would like but be careful that you don’t use all frozen veggies and drain any canned veggies well so that you don’t end up with too much juice in the pan. Turn the stove on to medium high, add about 1T Olive Oil to the pan and saute your vegetables and meat until they are no longer frozen or raw.

Get out your eggs and your milk. 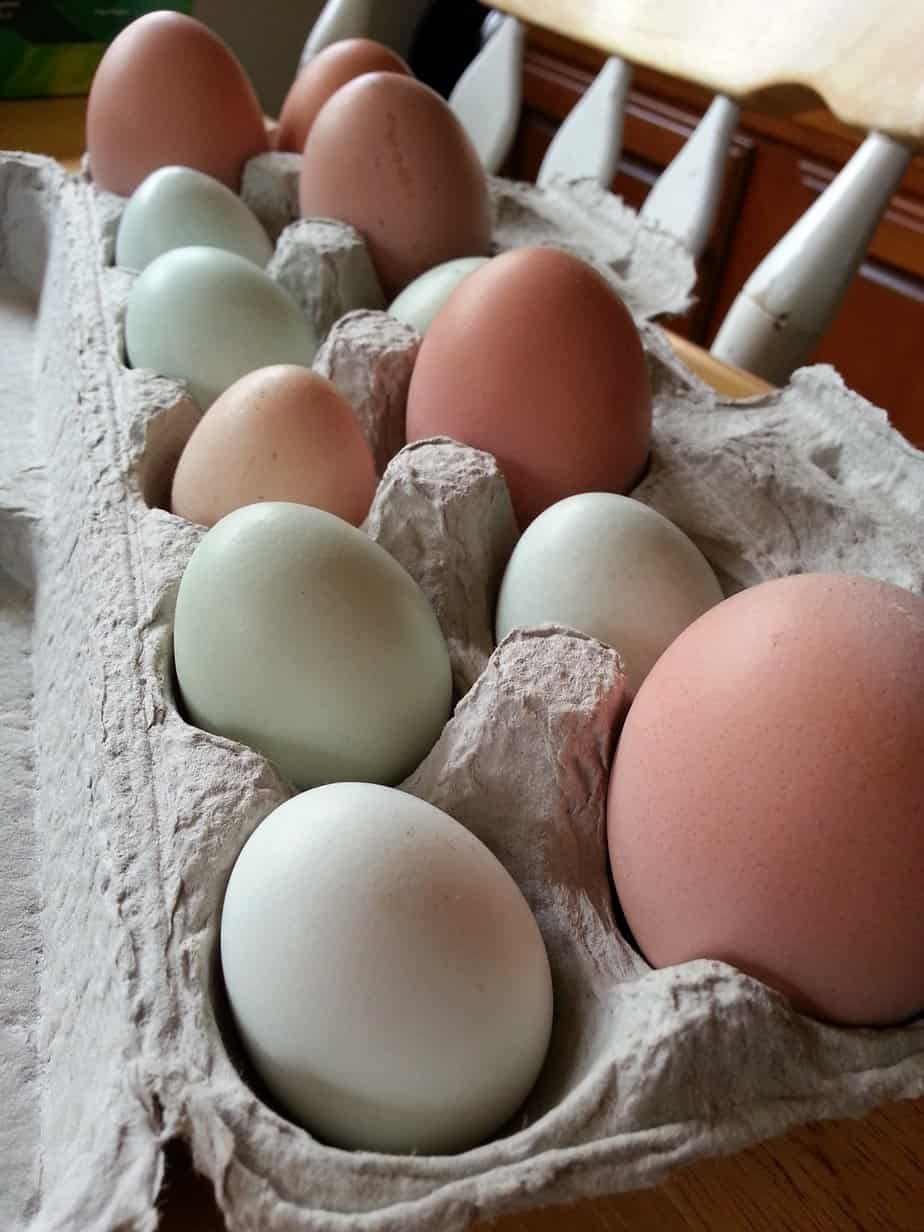 In a bowl crack about 10-12 eggs and add 1/4 cup of milk. Add your salt and pepper and whatever other seasoning you would like, I always add a little smoked chipotle tabasco sauce for some zip. Whisk up the egg mixture until it’s all combined and the eggs white and yolks are married or at least engaged. Pour the egg mixture into the pan with the sauteed veggies. At this point I also add some chunks of cheese. Today it was pieces of smoked mozzarella string cheese. But cheddar or feta or even cream cheese would work here. The secret is that you want to leave the chunks big enough that they don’t melt and disappear into the mixture.

Don’t add bananas. That would be weird.

Return your pan to the stove and turn the burner on Medium. Now this part is important. Don’t stir the eggs! Just look at them. Wait for there to be some bubbles of steam that come up through the center of the eggs. When you have several steam bubbles going take the pan off the burner and put it into the oven. Bake the eggs for about 15 minutes. When the timer goes off, take the pan out and sprinkle some more cheese on top, think 1/2 cup of shredded cheddar and put the pan back in the oven for another 5 minutes. The eggs are done when you put a knife into the center and you don’t see raw egg. If you shake the pan, there should be no wiggle. If it wiggles or the egg isn’t cooked put it back in the oven for another 5 minutes and then check it again.

Let the “Not Egg Strata” cool down for a good 15 minutes before you dig in. This also tastes pretty great room temp and it reheats pretty well in the microwave later. 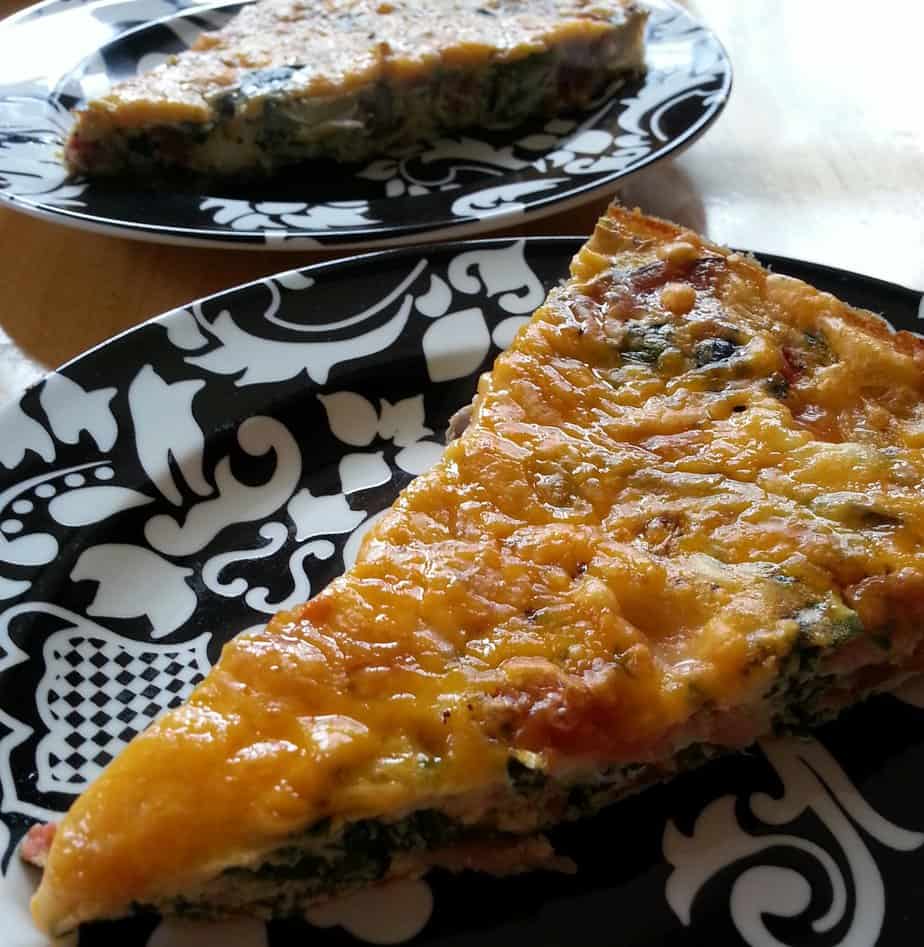 Theme customization by Noir and Company